Industrial fans are an important part of many industrial environments as they help keep areas clean, cool, and free from debris. If you are looking for an industrial fan for your industrial or manufacturing workplace, you should know your options. There are centrifugal industrial fans and axial fans.

All industrial fans work just as with any other fan, where electricity is used to power a motor, which causes the blades to spin, thereby moving the air. This moved air carries dust and debris off surfaces while replacing the air that surrounds you and your skin. This allows for areas to remain free of contaminating particles and keeps people cool. Industrial fans are different in and of the fact that they are generally larger and more powerful, as they usually replace entire air conditioning units to some level. Additionally, industrial fans come in a variety of forms that allow for mounting on walls or on the ground, among others.

Industrial and residential fans are both frequently axial ones. Axial fans are those that have multiple blades attached to a central hub that spins, forcing air through it. This air moves parallel to the shaft the fan rests on, which is why they're called "axial." These fans can differ a lot in their performance, depending on how the blades were shaped and how many are on the central hub. These fans create a lot of airflow at very low air pressures. They are useful in residential environments, but industrial ones might require more airflow.

The other kind of fan available for industrial purposes is a centrifugal fan, which moves air by dragging air into the system and pushing it out, colder, through other pipes. This force that pulls the air into the fan is the same that drags people to the sides of certain carnival attractions that spin wildly, pinning people to the walls, hence why they are called centrifugal fans. These fans are favored more heavily in industrial environments than residential ones as not only are they typically large units, but they work better. The pipework inherent to a centrifugal fan allows for more consistent and stronger airflow. This means they're better for clearing out gas, deterring dust, and cooling an area.

There are many different types of industrial fans on the market, with different benefits and drawbacks. Beyond the way that the fan is mounted, you can choose smaller but weaker axial fans or larger but stronger centrifugal fans. The type of fan you'll want will depend on what you need from the fans most.

For more information on industrial fans, reach out to a local industrial equipment supplier. 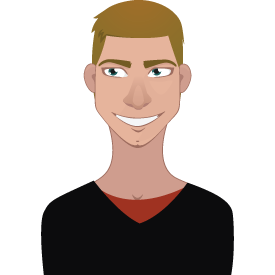 For more than 20 years, my cousin has operated a forklift at a large manufacturing company. When I see her at her job site, I’m always impressed with how precise she can maneuver this extremely large piece of equipment. She’s never even had one accident. If you own a manufacturing entity, you may be concerned about protecting your employees while they operate large pieces of machinery. Thankfully, you can institute policies such as mandatory training programs for new workers that can help tremendously. On this blog, you will discover how the proper industrial equipment training program can protect your employees. Enjoy!